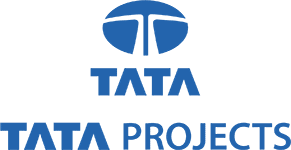 The Hon’ble Finance Minister would right now be busy constructing the Budget for 2023-24. While she does so, there are several macro-economic factors that she would be considering. Even though Covid-19 seems to be a distant memory now, the impact it had on the Global economy is still playing out. Almost all Central Banks are tightening the monetary policy to combat inflation. This is resulting in a worldwide slowdown, with many of the large economies expected to get into a recession. Meanwhile, the Ukrainian war is still on and is playing havoc with energy prices and supply chain logistics.

While domestic consumption provides some cushion to the Indian economy, ithas not remained unaffected as the Indian growth cycle is increasingly synchronized with that of the world. Consumption demand recovery remains uneven as lower-value goods continue to trail growth in higher ticket items. This indicates continuing stress at the lower-income group within the country. An increase in lending rates by RBI to levels higher than the pre-pandemic period is expected to suppress demand growth further.

Most ofthe research firms are projecting an economic slowdown, estimating Indian real GDP to grow by 6 to7%in FY24.Signs of a slowdown are already emerging as IIP for export-linked sectors has been on a falling trend since Q2’FY23. This is expected to intensify in FY24 as aggressive rate hikes in western countries pull down their economies. As such, investment let growth shall continue to play a dominant role in FY24 as well.

Private sector investment in India continues to be substantially lower than the peak of 31%(fixed capital formation as a percent of (GDP) in 2011. With improved balance sheets and reduced tax rates, a significant upswing in private capital investment is being anticipated in the last two years. The government is also facilitating it by providing Production Linked Initiatives in various sectors. Private sector companies have indeed stepped up their investment and expect to invest Rs 6 trillion in FY23.It is however lower than expected levels.

While several companies have announced large investment plans, the same is yet to be seen on the ground as macro-economic uncertainties are limiting significant capital investment. Another key reason for lower capital investment in the private sector is high commodity prices. While prices for many commodities have fallen from their peak earlier this year, they continue to be at levels higher than pre-Covid period. This dynamic is also reflected in bank credit to the industry, which has risen rapidly by 18% during the year. A large part of that however been driven by expanded working capital borrowing, rather than to fund capital investment.

With other engines to economic growth viz. Exports, Domestic Consumption and Private Investment running at sub-optimal levels, the burden for economic growth in FY24 would fall again on public investment. In the Budget for 2022-23, the Centre had set a target for capital expenditure at Rs 7.5 trillion, up 35% from the budget estimate for FY22.

As such, while the Centre has stepped up its investment, the same is not leading to a proportionate increase in gross capital formation by the public sector as a whole. The increase in investment by the Centre was made possible on account of higher tax collections. During the year, while the Government had large expenditure overruns on account of fertilizer and food subsidies, the spillover was managed through higher tax collection. As such, windfall in tax collection provided enough legroom for the Government to spend on subsidies as well as a capital expenditure while maintaining its fiscal deficit target.

The year 2023-24 is not expected to be so kind to Government’s fiscal math. A combination of lower GDP growth and subdued inflation would keep the nominal GDP growth at levels lower than that in FY23. Lower nominal GDP growth would keep the tax collections grounded with no windfall to rely upon. On the other hand, the subsidy bill may continue to be high, though one could expect some succor from the fall in commodity prices as the global economies go through slow down.

Worldwide monetary expansion and fiscal policies during the Covid era have allowed the Indian Government also to operate at fiscal deficit levels much higher than globally acceptable limits in the past. This resulted in the Centre suspending fiscal deficit limits set under FRBM Act and stating its intent to bring down fiscal deficit only gradually to 4.5% by 2025-26 as against significantly lower limits under the Act. The Union Budget for 2023-24 would set the tone for the intensity of spend and fiscal deficit.

The private sector investment tsunami is visible at the horizon as almost all the enabling factors are in place. Low investment in recent years and resolutions through the Insolvency and Bankruptcy Code has brought down corporate leverage. Capacity utilization in the Indian industry is close to 75%, levels at which corporates start planning expansion/ investment. Non-performing assets of the Banking system have been coming down steadily and are expected to be ~5% by March 2023. A lower tax rate is helping corporates generate higher cash accruals. Most importantly the long-term India Growth Story is intact.

The tsunami however may not hit in FY24 on account of the time lag from the investment decision to shovel on the ground. Global uncertainties are also causing corporates to pause. Till we reach a stage where private sector starts sharing the burden, public sector investment would need to do the heavy lifting.

It would be critical this Budget that we stay on course.

More Blogs For You Madam Finance Minister, Give us the Bounce The wellspring of our economy: Civil Engineers

Diversity and Inclusion: In letter and spirit Minds that accelerate India’s progress
Follow us on Social Media: